When I was a child, things were different.  Not necessarily better but different.  There were no computers.  Kids (and adults) spent recreation time outside in the fresh air.  In the small town where I grew up it was a daily occurrence for all of us kids to get on our bikes in the morning and not return home until dinner time.  Most people knew us and looked out for us.  They would also let our parents know if we were doing anything, they deemed to be disrespectful.

One of the main differences during my early years was the fact that everything was done by hand.  Yep, we wrote letters, postcards, notes, invoices, to do lists, and every occasion cards.  It always amazed me that I could recognize the handwriting on these missives even before I saw the signature.  I also had a different feeling looking at each writing.

As early as the 11th century a Chinese philosopher and painter by the name of Jo-Aju declared that handwriting infallibly shows vulgarity or noble-mindedness.  The first book written on the subject of handwriting analysis was “The Means of Knowing the Habits and Qualities of a Writer from His Letters” published in 1662 by Camillo Baldo, the accredited father of handwriting analysis. Baldo was an Italian author and professor of medicine and psychology at the University of Bologna in Italy. Among the many people studying handwriting analysis through the nineteenth century were Walter Scott, Edgar Allen Poe, Robert Browning and his wife, Elizabeth Barrett Browning.  In 1915 M.N. Bunker began his studies in handwriting and formed the American Graphoanalysis Society.

Handwriting or Graphology has been recognized as a science in Europe for many years.  It is part of the college curriculum in higher education in other locations around the world.  Businesses in these countries use graphology to screen employees.

In 1980, the Library of Congress recognized handwriting analysis as a science. (www.loc.gov)  Prior to 1980, graphology was classified as a branch of the occult. Since 1980, graphology has three classifications listed: Documentary Evidence, Selection of Personnel by Management, and Diagnostic Graphology. 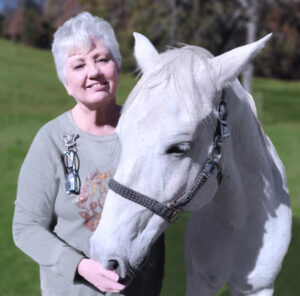